First Principles: Political Parties May Answer Popular Ends But With the Course of Time Allow Unprincipled Persons To Usurp the Reins of Government

Posted on March 6, 2020 by alohapromisesforever

However [political parties] may now and then answer popular ends, they are likely in the course of time and things, to become potent engines, by which cunning, ambitious, and unprincipled men will be enabled to subvert the power of the people and to usurp for themselves the reins of government, destroying afterwards the very engines which have lifted them to unjust dominion….The alternate domination of one faction over another, sharpened by the spirit of revenge, natural to party dissension, which in different ages and countries has perpetrated the most horrid enormities, is itself a frightful despotism.” – George Washington (Farewell Address, September 17, 1796) 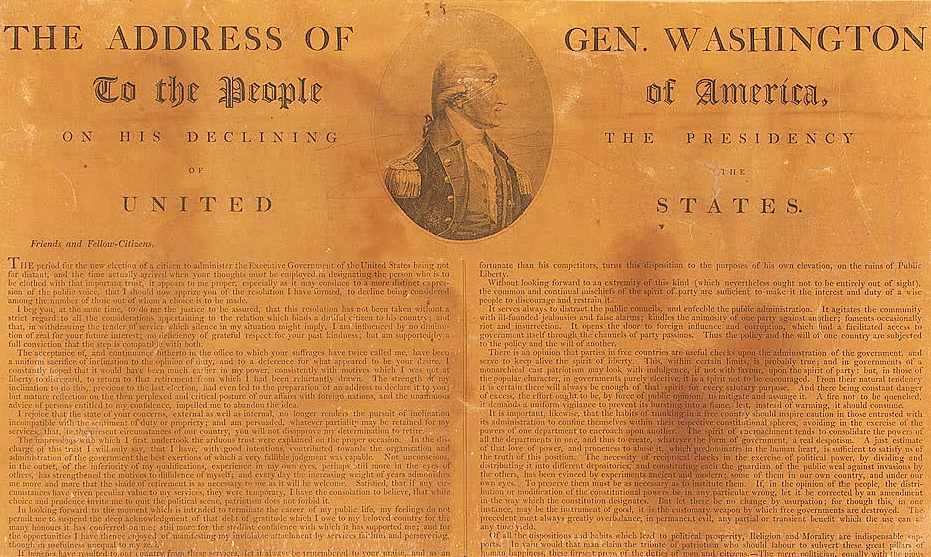 In a nutshell, look at the way the Democratic party has been acting with increasing lawlessness.  Due to a road trip, I’m about to embark on, I will just wish Senator Hawley’s efforts at censuring Senator Schumer for his overt threats toward two of our Supreme Court Justices well.  With almost all certainty, if a Republican senator had said these things that senator would not only be censured but out of a job.   It’s shameful and disgraceful that a man entrusted with such a position would act in this manner.  More later…