First Principles: All Mankind Is By Nature Free and Independent Having Inherent Rights of Which They Cannot By Any Compact Be Deprived

Posted on March 29, 2020 by alohapromisesforever

“There are certain maxims by which every wise and enlightened people will regulate their conduct. There are certain political maxims, which no free people out ever to abandon. Maxims of which the observance is essential to the security of happiness. It is impiously irritating the avenging hand of Heaven, when a people who are in the full enjoyment of freedom, launch out into the wide ocean of human affairs, and desert those maxims which alone can preserve liberty. Such maxims, humble as they are, are those only which can render a nation safe or formidable… We have one, Sir, That all men are by nature free and independent, and have certain inherent rights, of which, when they enter into society, they cannot by an compact deprive or divest their prosperity. We have a set of maxims of the same spirit, which must be beloved by every friend of liberty, to virtue, to mankind. Our Bill of Rights contains those admirable maxims.” – Patrick Henry to Edmund Randolph (1788) 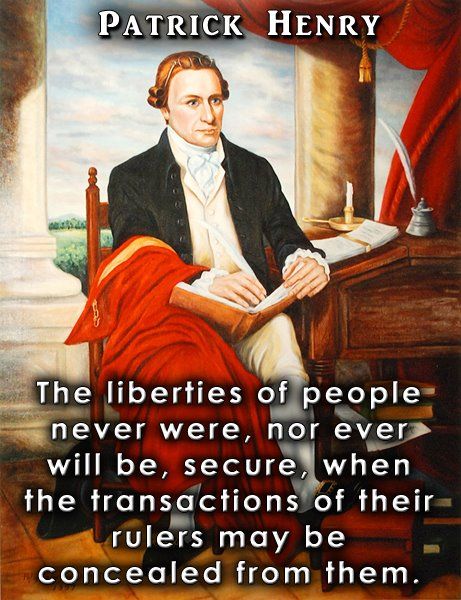