First Principles: A Bureaucrat Is the Most Despicable Person – Often Petty, Dull and Not To Be Trusted

Posted on January 31, 2020 by alohapromisesforever

“A bureaucrat is the most despicable of men, though he is needed as vultures are needed, but one hardly admires vultures whom bureaucrats so strangely resemble. I have yet to meet a bureaucrat who was not petty, dull, almost witless, crafty or stupid, an oppressor or a thief, a holder of little authority in which he delights, as a boy delights in possessing a vicious dog. Who can trust such creatures?” – Marcus Tullius Cicero (106-43 BC) 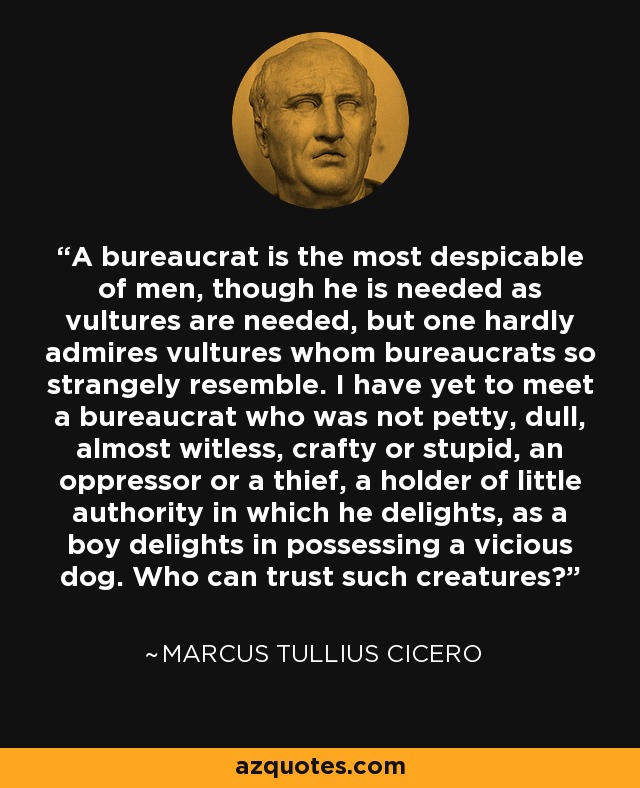 This is too often completely true, says a man soon ending his career with the Federal Government…