Thought For the Day: My Country, Right Or Wrong; If Right, To Be Kept Right; and If Wrong, To Be Set Right

Posted on March 2, 2020 by alohapromisesforever

“My country, right or wrong; if right, to be kept right; and if wrong, to be set right.” –   Carl Schurz 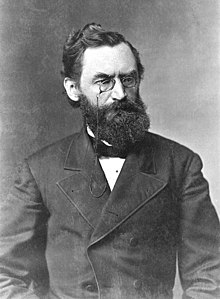 In popular culture we only hear that part, “(M)y country, right or wrong”.  This is incorrect.  If our country is against God’s laws and morality, our country needs to set right.  To assume otherwise would be akin to saying ‘our mother, drunk or sober’.  We might love her still and of course we do.  But, we must act to set her right, shouldn’t we?

Oh, I know some would say, there I go should’ing on everyone.  But, there are some absolutes aren’t there?  At least, when we are speaking in terms of ideals there are.  Acceptance of the imperfections of reality is just the way things are but not necessarily what to be accepted.

Arguably, this includes where we as a nation have stepped away from our founding principles.  Which is not to say these principles themselves were absolutely perfect.  Some compromises made were simply wrong in that they accepted ungodly concepts such as any man or woman not be treated as equal before the eyes and love of God and treated as full citizens of our great republic.

This is where the second part of this quote is appropriate to bear in mind.   After decades of research, I have not found even a single founding father who believed slavery for example to be right.  As to women and Indians or (Native Americans), we know that both served in our Revolution to free our nation and that each have had their advocates to be equal among their fellow Americans.  It has been a tortuous road of growth and experience that has led us to do the right needed to be done.

Still, I say, my county right or wrong and will be patriotic until the end…. however mindful of the fact that where there is wrong, it must indeed be righted.

Writer, poet, musician, surfer, father of two princesses.
View all posts by alohapromisesforever →
This entry was posted in Thought For the Day and tagged Carl Schurz, Country, Kept, Right, Set, Thought For the Day, Wrong. Bookmark the permalink.