First Principles: The Ordaining of Laws In Favor of One Part of the Nation, To the Prejudice and Oppression of Another, Is Certainly the Most Erroneous Policy

Posted on March 21, 2020 by alohapromisesforever

“History affords us many instances of the ruin of states, by the prosecution of measures ill suited to the temper and genius of their people. The ordaining of laws in favor of one part of the nation, to the prejudice and oppression of another, is certainly the most erroneous and mistaken policy. An equal dispensation of protection, rights, privileges, and advantages, is what every part is entitled to, and ought to enjoy… These measures never fail to create great and violent jealousies and animosities between the people favored and the people oppressed; whence a total separation of affections, interests, political obligations, and all manner of connections, by which the whole state is weakened.” – Benjamin Franklin in Emblematical Representations, Circa 1774 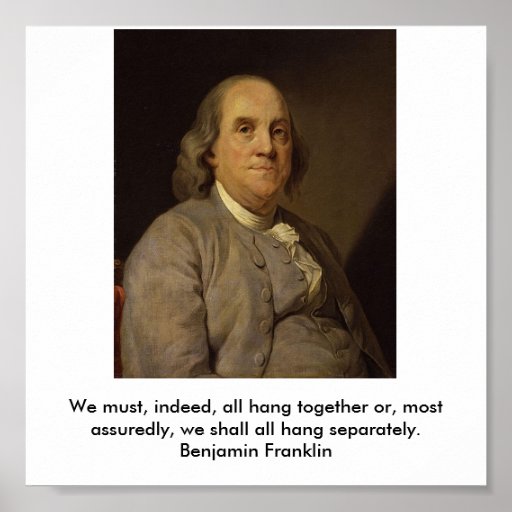 This then is the why of the Great (but horrifying and horrible) Compromise and the rationale most behind the Electoral College.   Populations shift depending on historical circumstances.  Causes, needs and justifications push various factions within our great nation to which their preferences over the rest of the nation.   It should not be allowed and cannot be allowed if our republic is going to survive.   To be certain, this balance is increasingly complex as our population and territory expands.  More on this later.