First Principles: I Wish From My Soul That the Legislature of This State Could See A Policy of A Gradual Abolition of Slavery

Posted on May 16, 2020 by alohapromisesforever

“I wish from my soul that the legislature of this State could see a policy of a gradual Abolition of Slavery.”  – George Washington 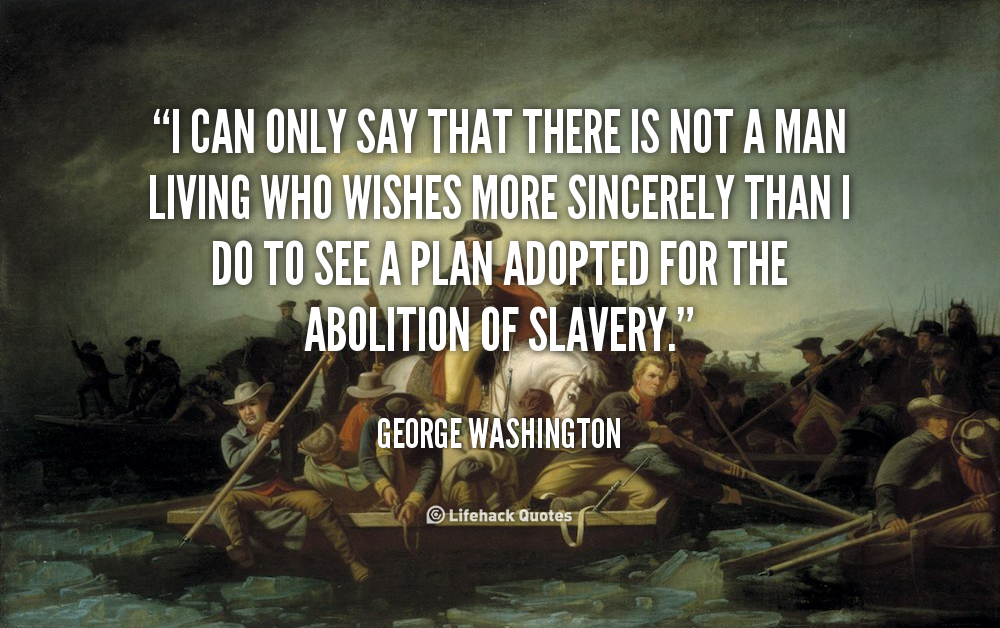 Unlike the simplistic retelling of pieces of history that the 1619 Project managed to pull over on America recently, our history is complex and given toward compromises.  If you’ve been following First Principles here or have a good knowledge of American history you are well versed in knowing that nearly all of the founding fathers wished to find a way out of slavery that did not ruin the economy and foist an even worse condition on all involved.  It was of considerable regret to George Washington that slavery was not abolished in his days.  He made considerable effort toward seeing this done.  Yet, we would be liars to say he freed the slave working on Mount Vernon.  Some complexities cannot be summed up into sound bites or easy quips.  But to pretend that the efforts of our Founders did not lead to the Civil War and weren’t fought even in our earliest days is just plain wrong.

What is even more regrettable is the slavery which exists around the world and even on the grounds of our America today.   In its myriad forms it is still a regrettable thing done and that remains to be abolished. 😦